Obsessive-Compulsive Disorder (OCD) presents itself in many guises which go far beyond the common perception of hand washing, checking light switches or having a spotless house. What differentiates common little quirks from the actual disorder is the significant impact that the unwanted and distressing obsessions and compulsions have upon a sufferer’s everyday functioning. Treating OCD can be an intricate process, so the key is to work with a knowledgeable and experienced CBT therapist who can support you in standing up to the bully that is OCD.

Obsessive-compulsive disorder (OCD) is thought to affect 1.2% of the UK’s 68 million population, and when you add those living alongside them, this suggests that OCD is a part of daily life for a staggering 1-2 million people in the UK.

What it means to have OCD

Those suffering with OCD experience obsessions which take the form of persistent and uncontrollable thoughts, images, impulses, worries, fears and doubts. They’re always intrusive, unwanted, disturbing and, most importantly, significantly interfere with the ability to function as they are incredibly difficult to ignore.

Whilst sufferers realise that their obsessional thoughts are irrational, at the same time they feel so real that they believe the only way to relieve the anxiety caused by them is to perform compulsive behaviours. These compulsive behaviours are carried out to prevent perceived harm happening to themselves or, more often than not, to a loved one, even when there is no obvious link between the content of the thoughts and the compulsive behaviour. In this way, I encourage clients to think of OCD as the insurance policy they’ve been sold. OCD tells you that as long as you keep paying the premiums, it will protect you and those that you love. But what’s the cost? For most clients it’s their quality of life.

Thoughts are not fact. We have thousands of them daily; involuntarily and unplanned. They are not reality, and just because we’re thinking them does not mean they’re going to come true. What makes a thought feel real is the attention we bring to it. We make a thought into a solid object by focusing on it. Without the fuel of your attention, it simply disappears without a trace.

Our relationship with our thoughts

Evidence shows us that obsessional thoughts are common in the general population, not just those that suffer with OCD. Researchers state that nearly 80% of people report unwanted, intrusive thoughts with content that is often identical to that of obsessions found in OCD.

It shows us that it is not the actual thoughts themselves that are the problem, but the way those prone to OCD respond to the thoughts.

To sufferers and non-sufferers alike, the harm-related intrusive thoughts that OCD sufferers can experience might seem shocking, however, it must be stressed that they are just thoughts, and they are not voluntarily produced. Neither are they impulses which will be acted upon. What we do know is that people living with OCD are the least likely people to actually act on harm-related thoughts. Sadly, especially in the case of harm or sexually-related intrusive thoughts, the person will struggle to identify the difference between their obsessive thoughts and actual reality, mistakenly believing that because they have had the thought it somehow means they represent desires that they want to act on.

I encourage clients to think of OCD as the insurance policy they’ve been sold. OCD tells you that as long as you keep paying the premiums, it will protect you and those that you love.

So what does keep OCD going?

Why does OCD only becomes a problem for 1-2% of the population? Cognitive theorists propose the following:

To quote leading psychologist in the field of anxiety disorders, Professor Paul Salkovskis: “You’re trying too hard and the solution has become the problem”.

But what about ‘Pure O’?

Some OCD sufferers report they only have intrusive thoughts and don’t have behavioural compulsions. This is often referred to as ‘Pure O’ within online forums. However, cognitive behavioural therapists tend to think that it is a mistaken belief, as while there may not be outward compulsions, a person with Pure O will still have compulsions manifesting as unseen mental processes. Examples would be:

Reassurance-seeking and avoidance of particular objects, places or people that trigger obsessional thoughts also count as compulsions, which is why the term Pure O is both unhelpful and imprecise. Note that a person with Pure O does not need to be treated by a Pure O specialist, as this form of OCD can and should be treated by a BABCP-accredited and experienced CBT therapist, using standard OCD treatment methods.

As mentioned previously, OCD fixates on subjects or people that are important to the person affected, and OCD during pregnancy is no different. For the person affected, their obsessions will most likely be fixated on worries and fears related to hurting their baby. Relevant here is the heightened sense of responsibility, which I mentioned earlier, as the added responsibility of caring for and protecting a baby will help to fuel obsessions and worries.

The obsessions often focus on the fear of purposely harming the baby, or somehow being responsible for accidental harm. Mothers with OCD do not act on their thoughts of harming their baby. In fact, people with OCD go to extreme lengths to prevent any perceived threat of harm, which is what leads to the repetitive cycle of anxiety and fear.

Parents experiencing OCD related to their baby should seek support via their GP or healthcare insurer, and specify intervention from a BABCP-accredited CBT therapist who is experienced in treating OCD.

Treatment for your OCD using CBT

How to get the most out of CBT for OCD

As a BABCP-accredited psychologist, I hold the gold standard for applying CBT. To achieve the best results, it is vital that you work with a therapist who has specialist training in OCD, extensive experience of using CBT to treat OCD and, very importantly, seems to ‘get it’ when you discuss your OCD experiences. I suggest that all potential clients contact me for an initial brief conversation, where I actively encourage questions about my 25 years of experience of working with OCD both within the NHS and private sector.

In the meantime, here are some of the suggestions I make during therapy to help you get the most out of it:

To quote OCD UK, the national OCD charity run by, and for, people with OCD, everyone that is successful in treatment will still experience the occasional intrusive thought. But if those thoughts no longer impact on them, no longer cause anxiety and no longer lead to any form of compulsion, then they would no longer be diagnosed with OCD. Some people call this recovery, some call this cured. Whatever it is called, it is a realistic target for treatment. Get in touch to discuss how CBT for OCD may benefit you. 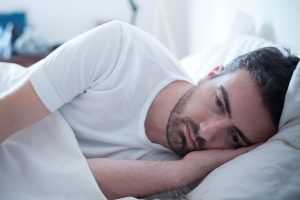 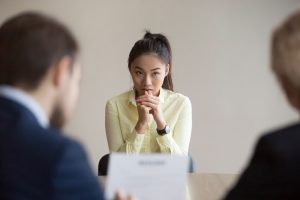 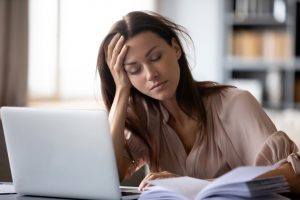 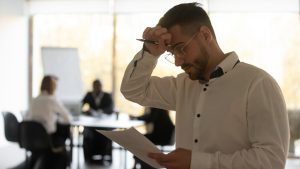